Number of Uninsured Montanans Halved Since Passing Medicaid Expansion in 2015

Bozeman, Mont., Jun 18, 2018 – According to two independent analyses released today, Montana’s 2015 bipartisan Medicaid legislation has saved more than $36 million* in the state’s budget and helped more than 65,000 adults access preventive health care services. Additionally, the rate of uninsured Montanans remains close to the historic low of 7.4 percent reached in 2016 and represents a stable decrease from 15 percent in 2015 before Montana expanded Medicaid. The reports were commissioned by the Montana Healthcare Foundation (MHCF) and conducted by Manatt Health and Christina Goe.

In its first two years, Medicaid expansion has:

*NOTE: As of September 2018, the state budget savings has increased to more than $58 million. The infographic below reflects this update. 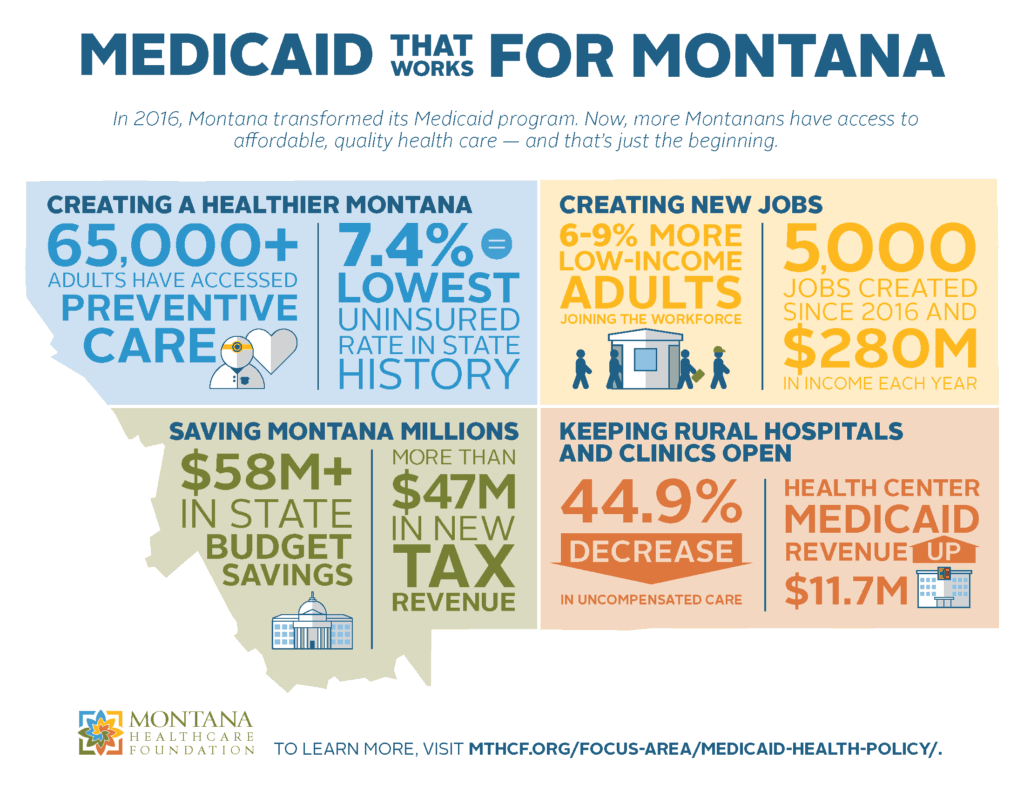