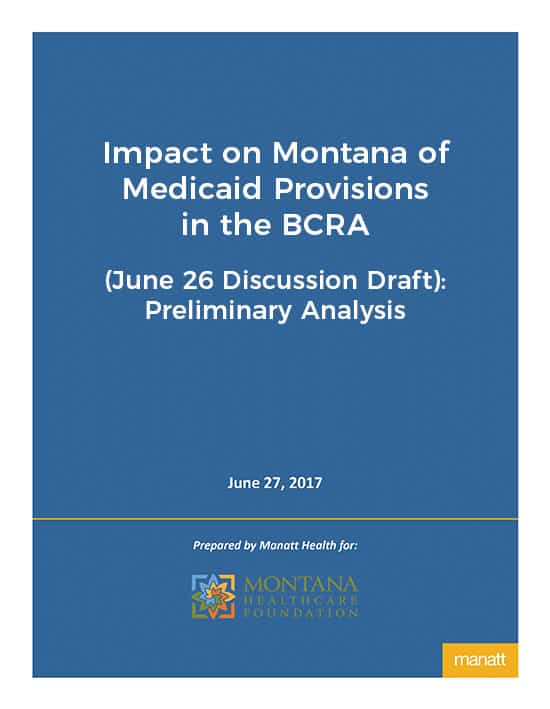 This report projected that if the Better Care Reconciliation Act (the U.S. Senate’s version of the American Health Care Act) was enacted, Montana’s Medicaid program could lose $5.3 billion in federal funding, and more than 75,000 adults enrolled through the recent Medicaid expansion could lose coverage as early as 2021. The report is an update of the in-depth analysis released by MHCF on June 14, which looked at the U.S. House’s version of the bill. Like the House-passed version of the bill, the Senate’s version includes core features of the AHCA including capped funding for children, disabled, and adult members of Medicaid, and the elimination of Medicaid expansion funding. The report was commissioned by MHCF, completed by Manatt Health, and release in Jun 2017.