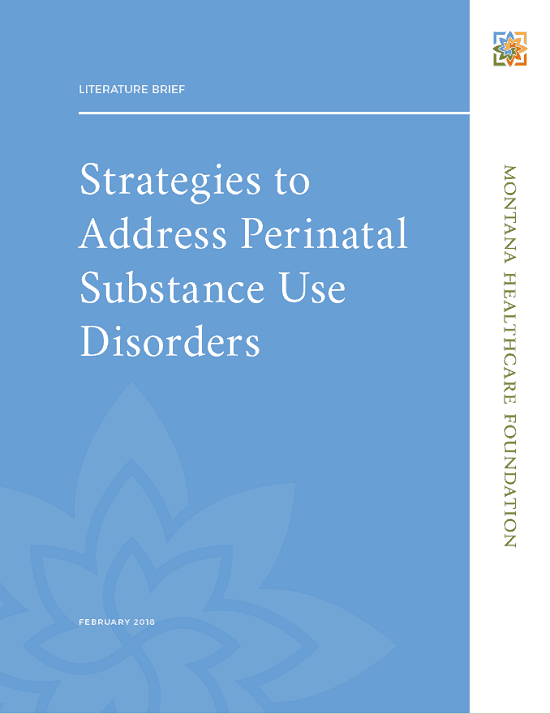 Drug use in pregnancy is a serious public health problem in Montana. Despite evidence that the problem is on the rise, Montana has a severe shortage of treatment for pregnant women with substance use disorders. The number of Montana children in foster care more than doubled since 2011: out of more than 3,200 children in foster care in 2016, 64% were removed from the home for reasons related to parental substance use. Among Medicaid patients, the percentage of infants with perinatal drug exposure increased from 3.7% (2010) to 12.3% (2016). Despite the apparent growth of this problem, as of 2016, only 6% of Montana’s state-approved substance use disorder facilities reported programs for pregnant and postpartum women, and among the nation’s lowest rates of buprenorphine treatment capacity for people with opioid use disorders.

MHCF began working on perinatal drug use (drug use during and after pregnancy) in 2015, through grants to healthcare providers for new programs, and through convening discussions among state, tribal, and healthcare system leadership. Identifying successful, evidence-based interventions was a need highlighted by many stakeholders. This report reviews effective treatments for drug use in pregnancy based on a national review of programs and scientific evidence.