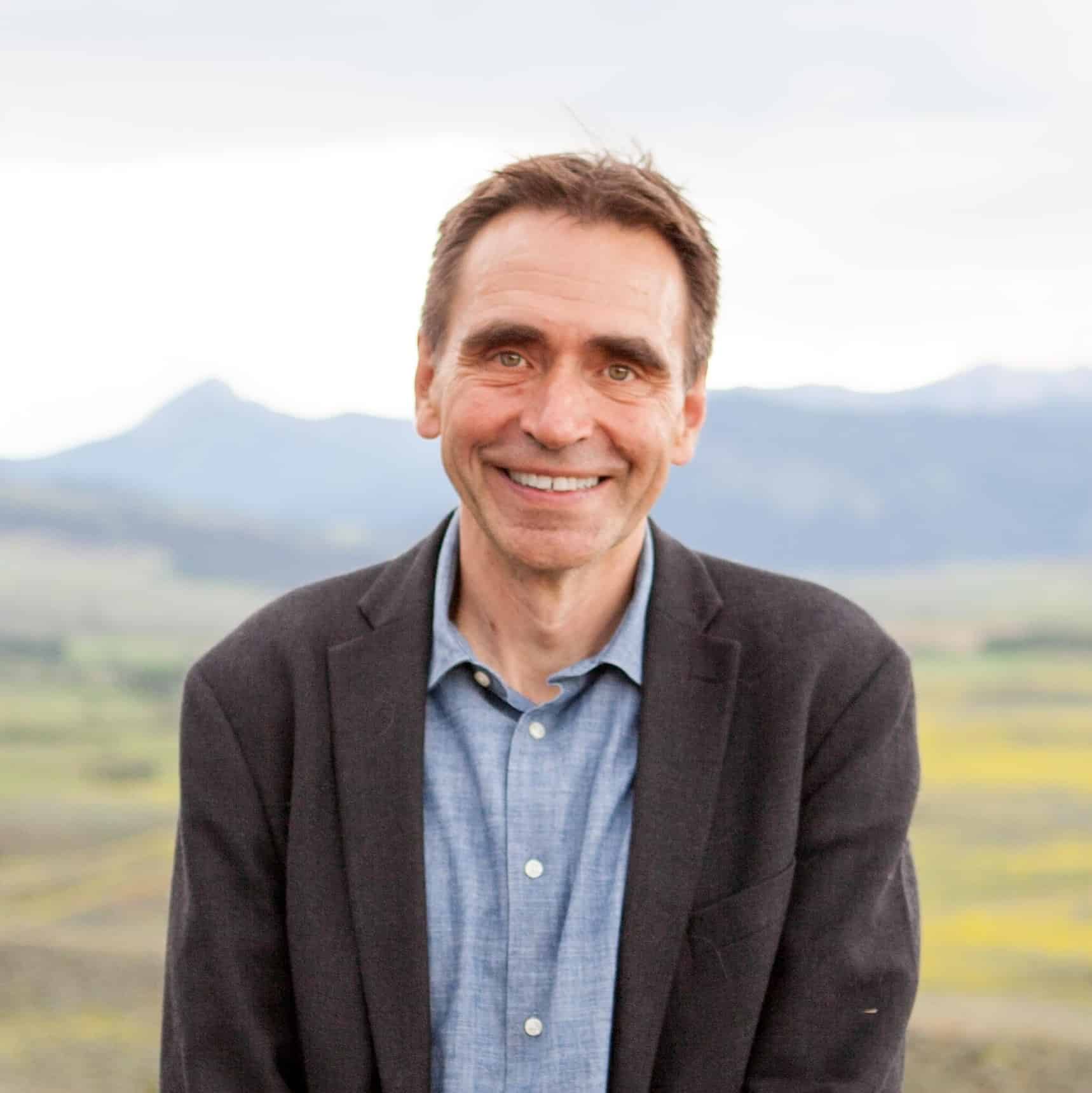 Dr. Aaron Wernham is a family physician and chief executive officer of the Montana Healthcare Foundation, where brings experience in both public health and medical practice to the job of providing strategic direction for the Foundation. In this position, he works with the MHCF Board of Trustees to develop and implement the Foundation’s strategic priorities, programming, and partnerships. Over more than a decade in clinical practice, Aaron worked in underserved communities in urban California and rural Alaska, where he also served as a policy advisor for Alaska Native tribes. In his work on health policy at the national level, Aaron developed and led the Health Impact Project, a major national initiative of the Robert Wood Johnson Foundation; he has served on several National Academy of Sciences committees, and authored a number of peer-reviewed articles, book chapters, and public health reports. Aaron received his medical degree from the University of California, San Francisco. 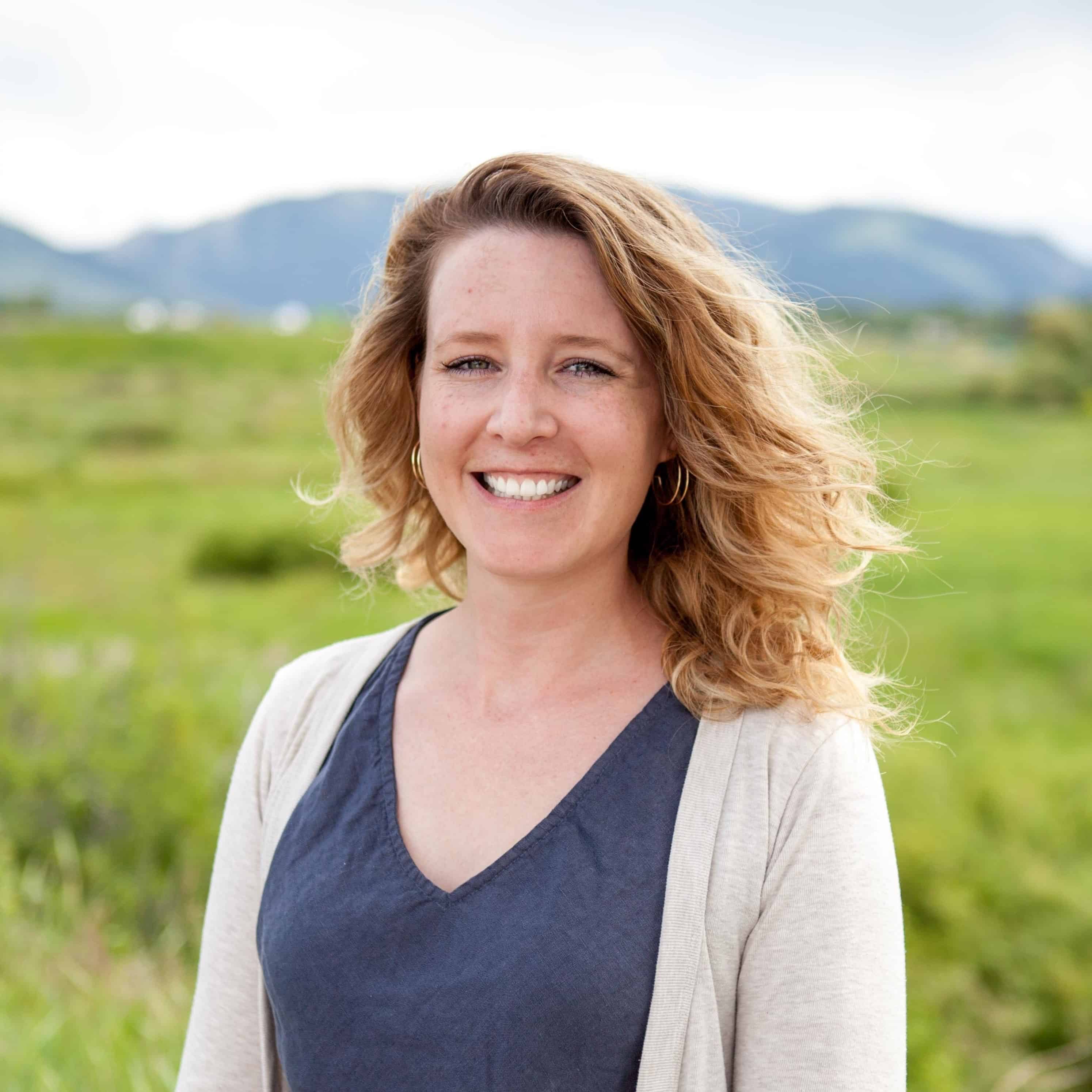 Anna Lange is most likely the first person you will talk to when you call our office. With a background in customer service, she’s an expert at answering your questions or getting you to the right person who can help. Anna has been an invaluable member of our team since 2018. She provides administrative support to our CEO Dr. Aaron Wernham and meeting management support to our Board of Trustees. Anna is a Bozeman native and MSU alum (where she received her undergraduate degree in community health). In her spare time, she enjoys exploring the outdoors and gardening. 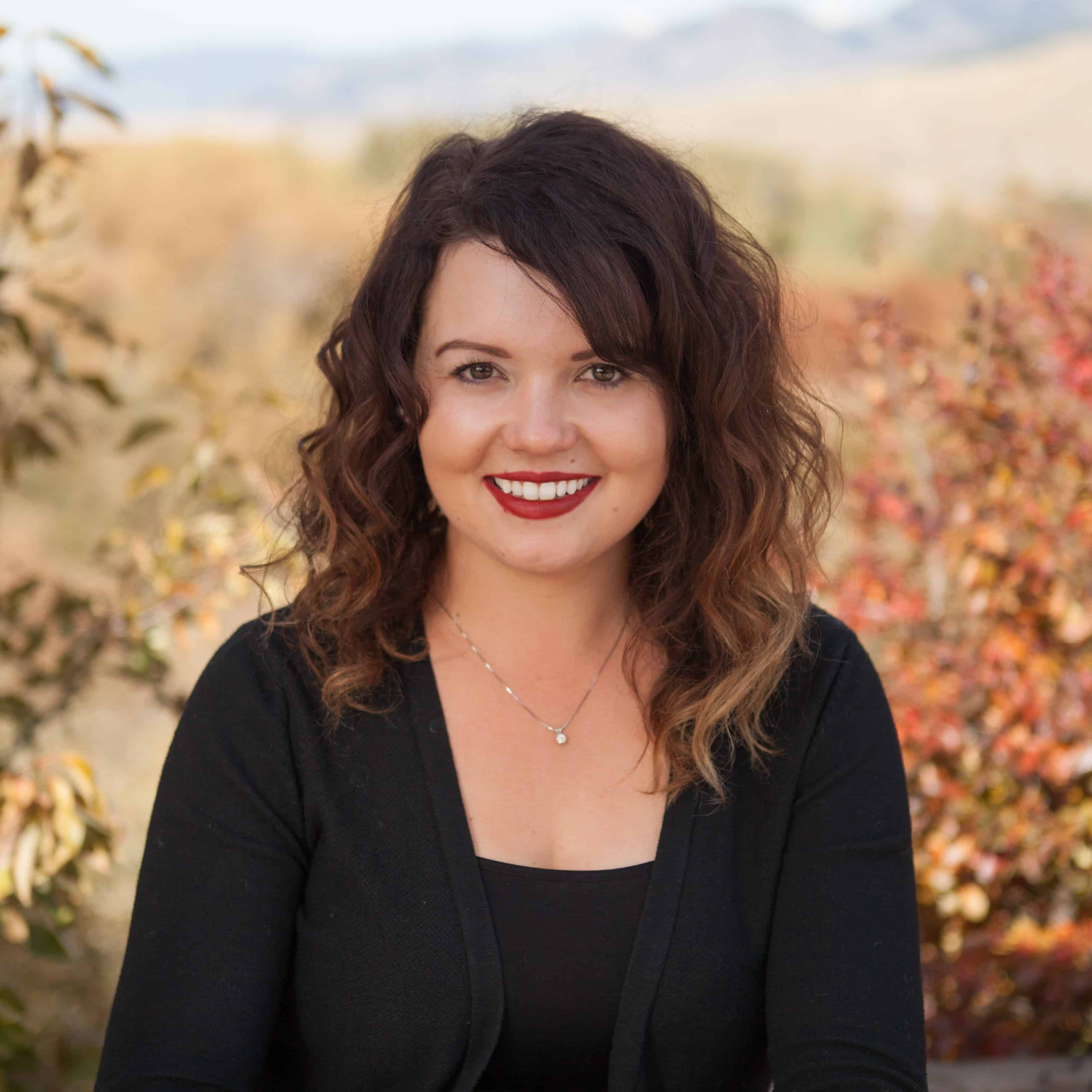 Questions about logging into our grant management system, submitting an application, or filling out your progress reports? BaLeigh Harper can help with all your grant-related needs! BaLeigh joined our team in 2019 and quickly became an indispensable member. She supports our grantees and program staff throughout the entire grant application and reporting process. She also oversees our grant management system and manages the collection and reporting of our programming-related data. A Montana native, BaLeigh grew up in southcentral Montana. She received her undergraduate degree in political science from Swarthmore College and her graduate degree in public health from the University of Montana. BaLeigh lives in Livingston with her husband and two huskies. 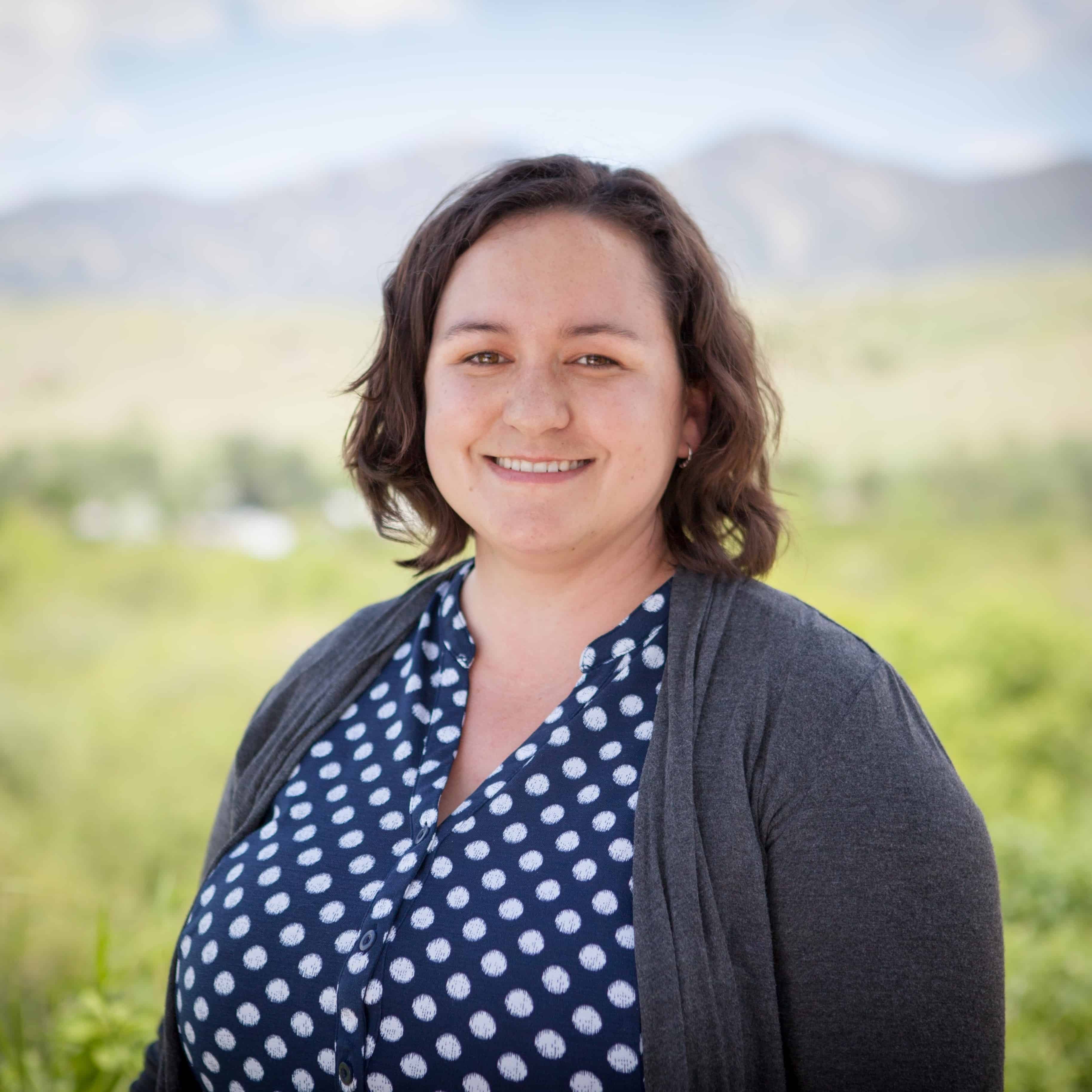 With her organizational talent and administrative skill, Hannah Jacoby provides our behavioral health program team with the support they need to operate effectively. Before joining our team in 2019, Hannah worked at several nonprofit organizations, all with a common goal: supporting social change. She held positions at the Chicago Freedom School in Chicago, Illinois, Domestic Abuse Intervention Services in Madison, Wisconsin, and the Montana Conservation Corps, in Bozeman. Hannah is a Bozeman native. She received her undergraduate degree in political science from the University of Chicago. We are happy to have her back in Bozeman, where she lives with her husband and two daughters. 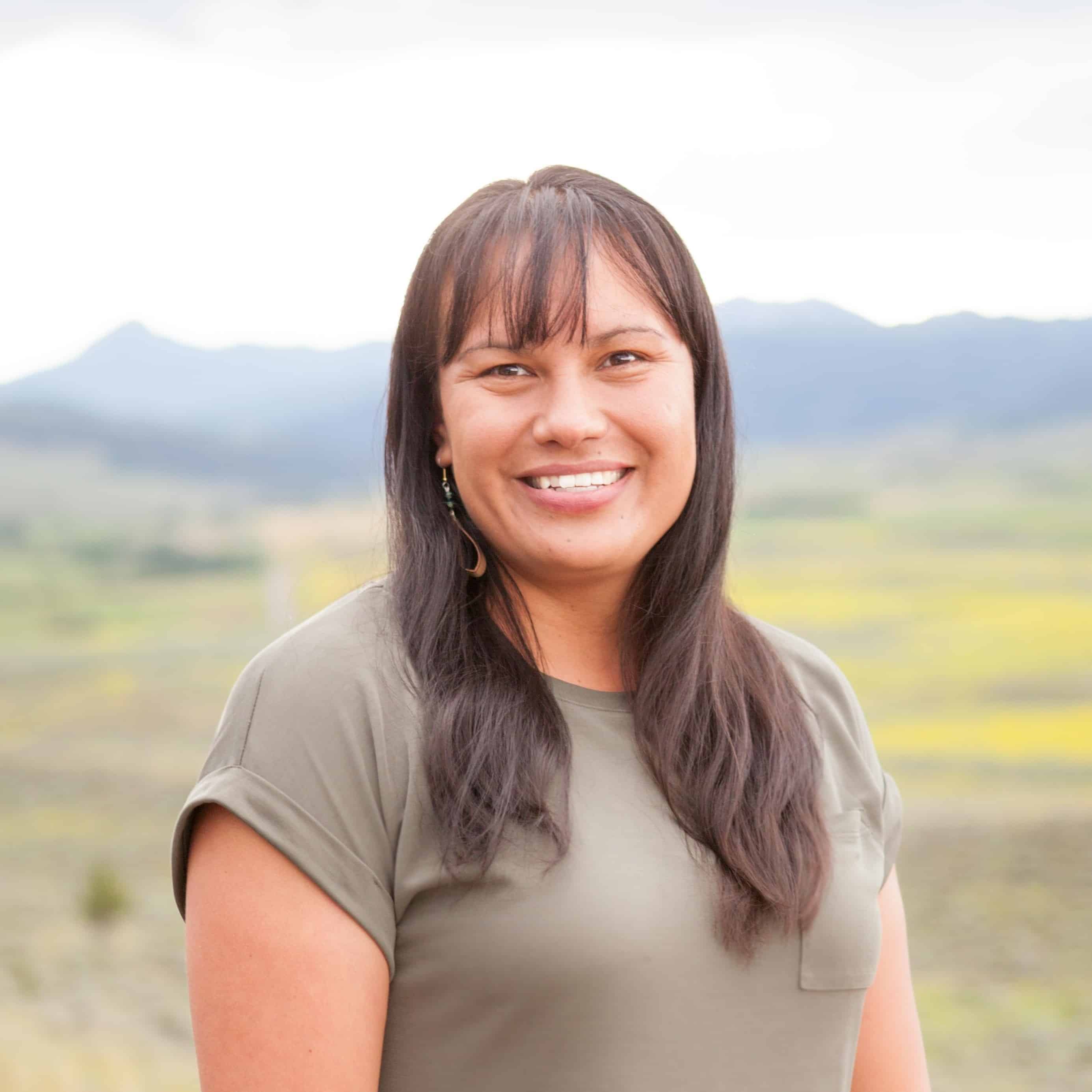 Kassie Runsabove supports the Foundation’s programming work in the American Indian Health focus area. Kassie has over 12 years of experience in health care ranging from public health to health administration. Her career began at Riverstone Health as a prevention health specialist and grew to a health disparities coordinator at St. Vincent Healthcare. In recognition of her work, Kassie earned the 2016 Billings Gazette 40 Under 40 Award and the National Catholic Healthcare Association 2016 Tomorrow’s Leader Award. Kassie is enrolled Whiteclay from Fort Belknap, Montana. She is passionate about education, awareness, and collaboration so under served populations have access to all the resources available. Kassie received her bachelor’s degree in health promotion from Montana State University Billings. She currently lives in the Billings area with her husband and three children. 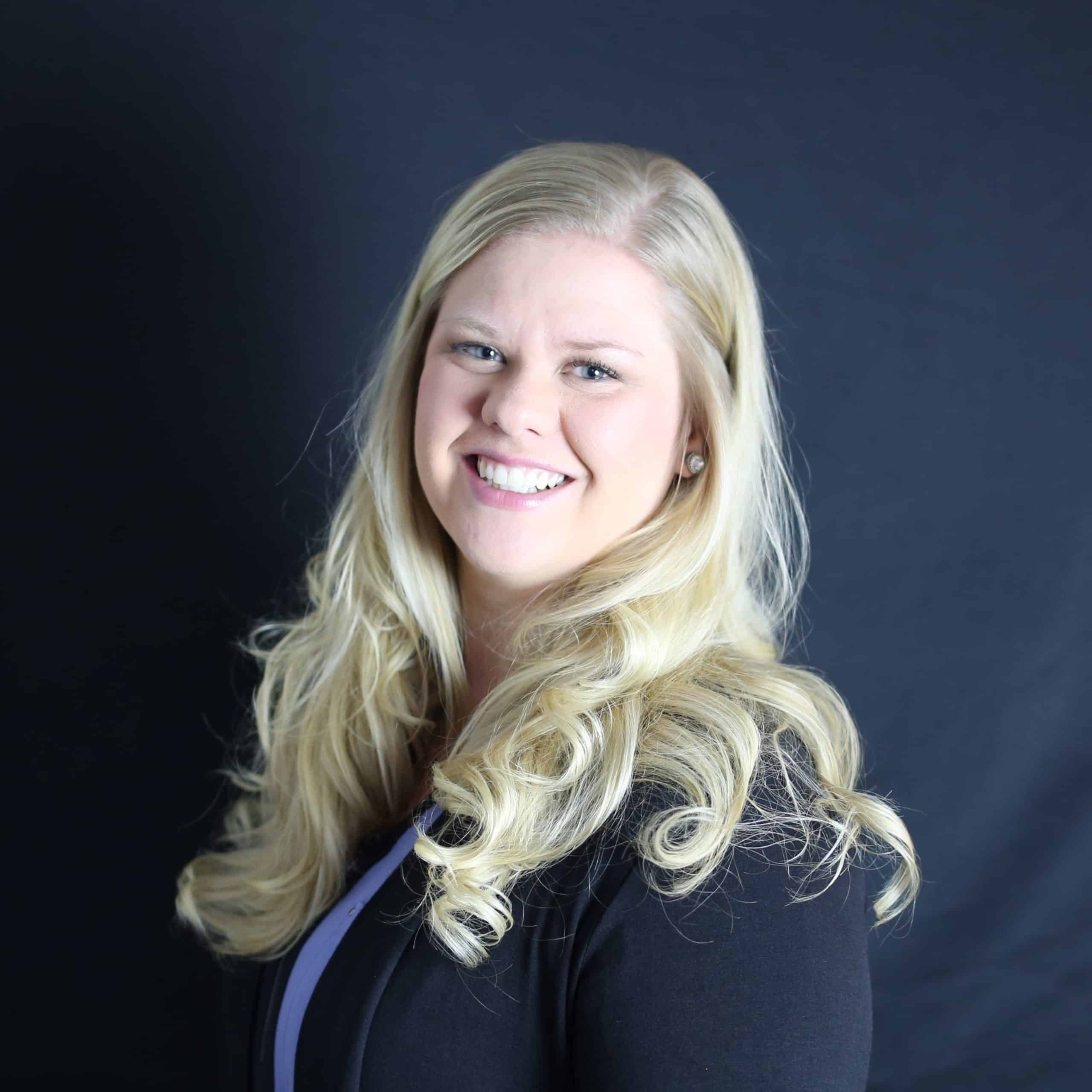 Kelsey Gummer supports the Foundation’s programming work in the Behavioral Health focus area. Previously, Kelsey served as the chief strategic officer at Alluvion Health, formerly the Community Health Care Center. Prior to that she served as the health center’s chief operations officer. Kelsey graduated from Montana State University with a bachelor’s degree in community health and a minor in business administration. She is currently working to complete her master’s degree in health care administration. 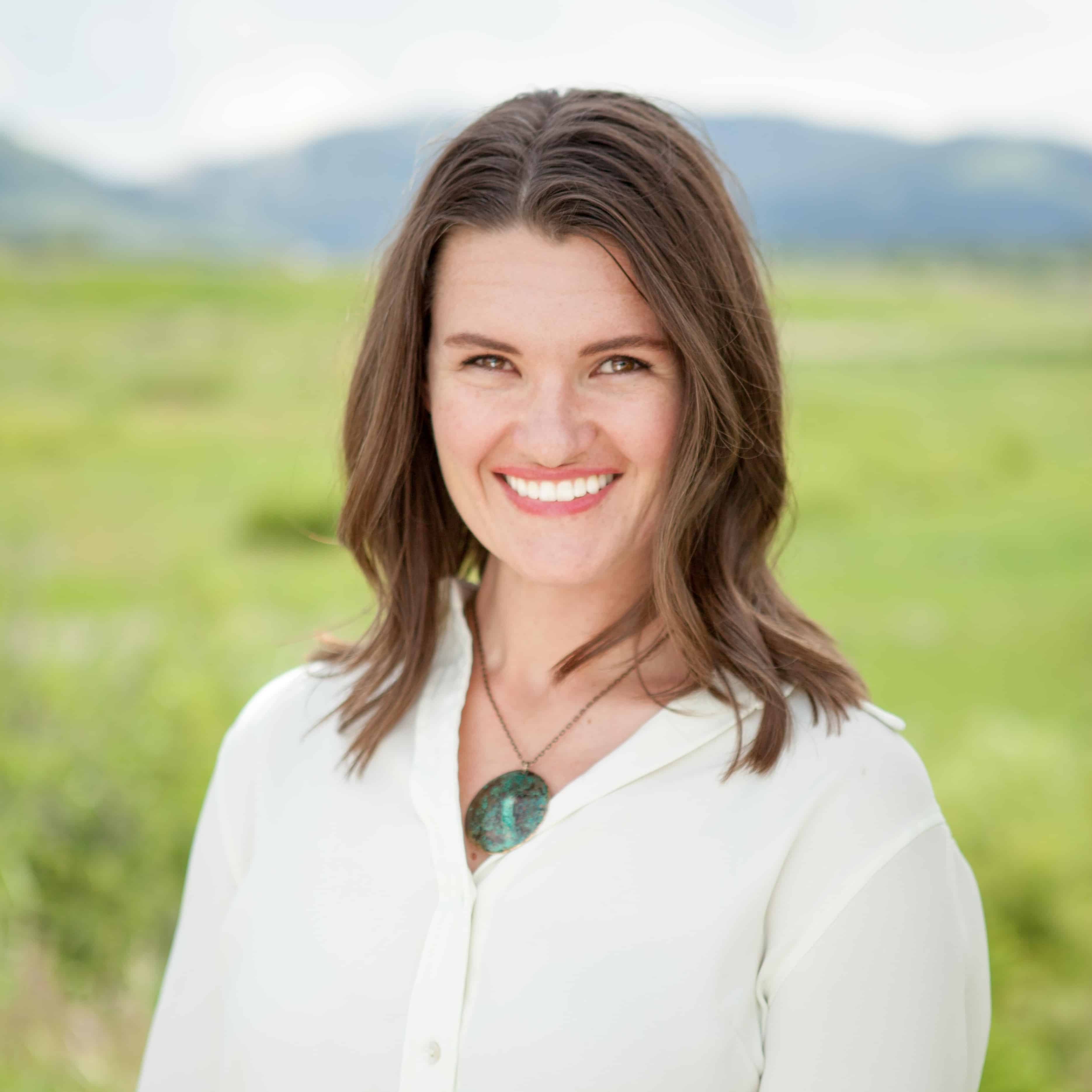 Melinda Buchheit manages the Foundation’s communications department and develops strategy, messaging, and materials for the focus areas and initiatives. Melinda’s interest in nonprofits and sustainability started when she served as an AmeriCorps VISTA at the Bresee Community Center in Los Angeles. After her term of service with AmeriCorps, she worked as an executive assistant in the marketing and creative content departments at Paramount Pictures. Melinda grew up in the Bitterroot Valley, received her bachelor’s degree in film and photography from Montana State University, and her master’s degree in communication strategy from the Purdue University Brian Lamb School of Communications. Melinda lives in Bozeman with her husband and black lab. 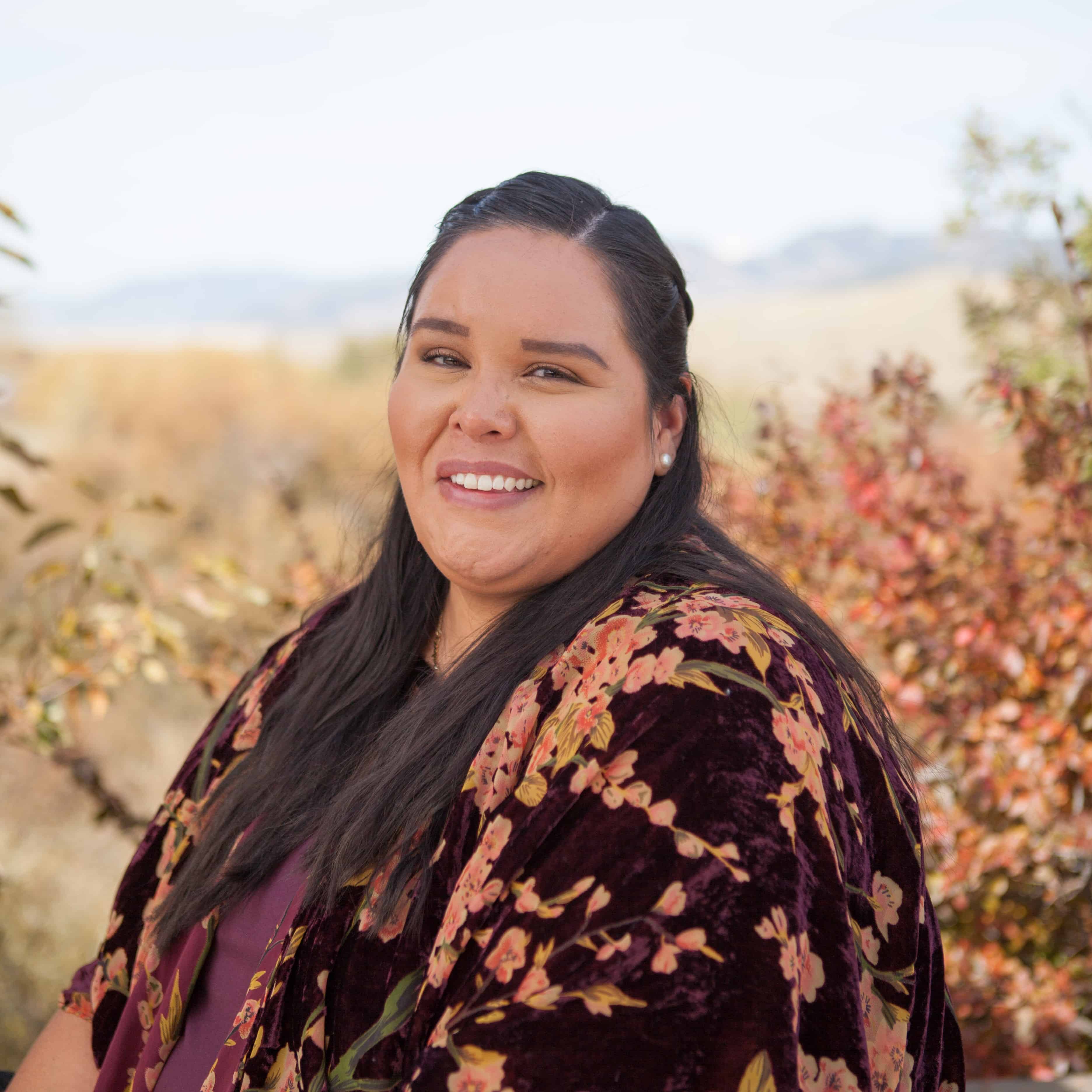 Ni’Cole Triplett provides administrative support for the Foundation’s American Indian Health focus area and program staff. Ni’Cole graduated from Montana State University-Billings with a degree in health administration and a minor in business. She is an enrolled member of the Blackfeet Tribe from Browning, Montana. Ni’Cole lives in the Bozeman area with her husband and son. She is excited to assist the Foundation’s mission of improving health for the native communities in Montana. 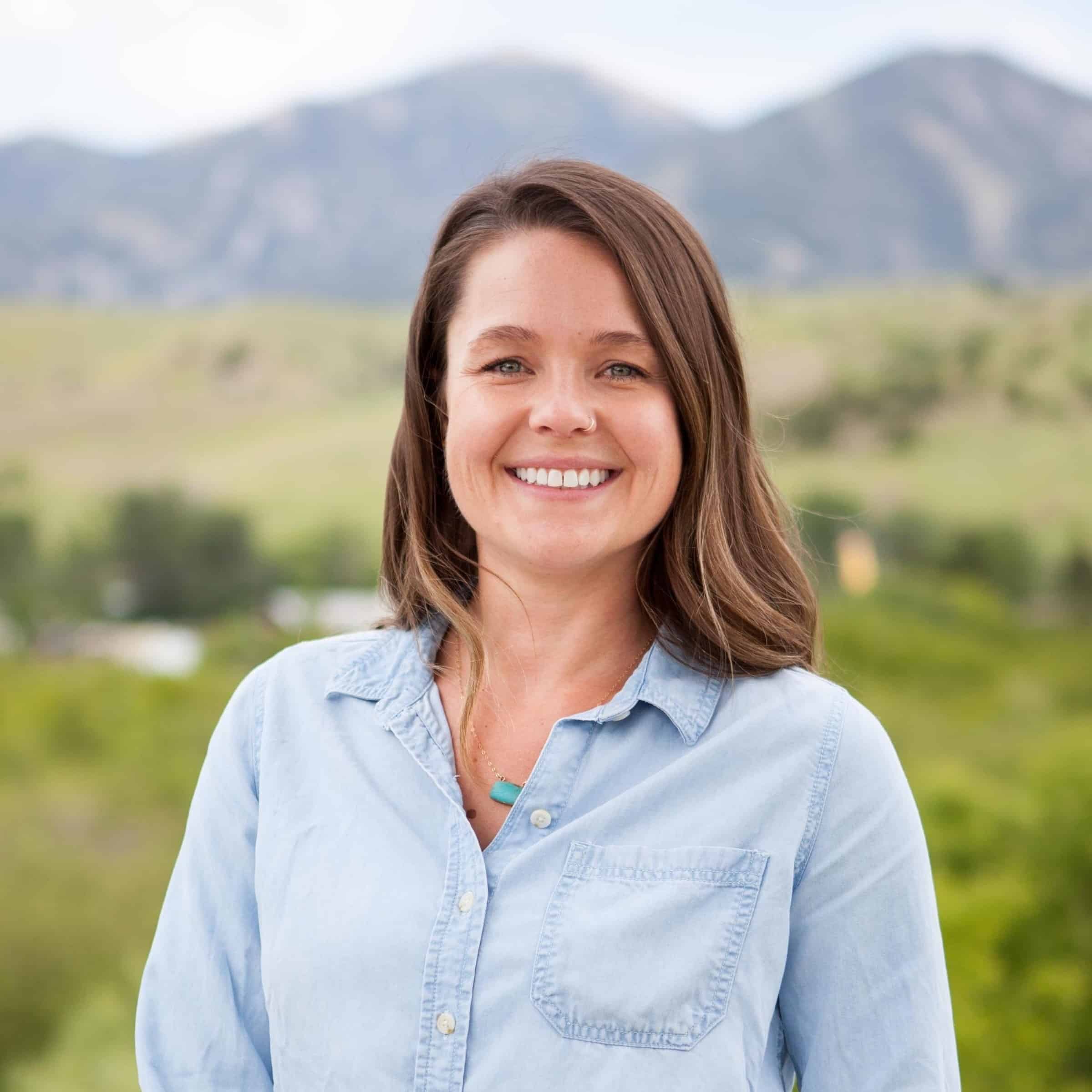 Price Klaas plays a pivotal role in making sure the Montana Healthcare Foundation runs smoothly and efficiently. She skillfully manages our day-to-day operations, grant payment schedules, contracts, and human resources. Before joining our team in 2017, Price served in various administrative roles in the human-service and public sectors, including positions with Child Care Connections, Gallatin County, Montana State University, the Bozeman Schools Foundation, and The Traveling School. Price was born and raised in the Gallatin Valley. She received her undergraduate degree from Montana State University and her graduate degree in nonprofit administration from the University of Montana. Price lives in Bozeman with her husband and Luna, their yellow lab. 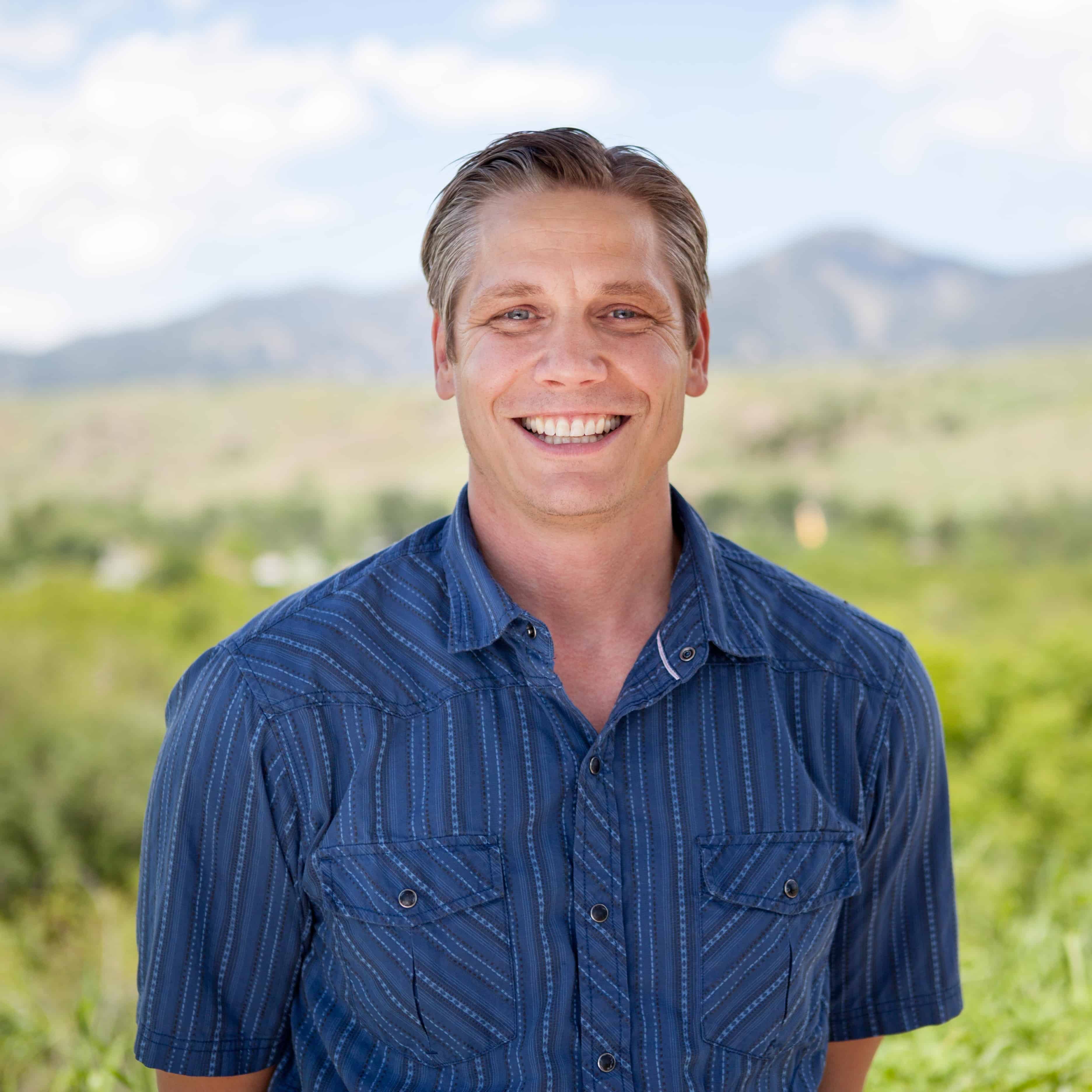 Scott Malloy directs our behavioral health and capacity programming with a vision and motivation for improving health for people in Montana. Scott and his team provide funding, programming support, strategic guidance, and technical assistance for our grantees in the behavioral health and capacity focus areas and initiatives. Scott works closely with state, tribal, and health care leadership to strengthen Montana’s continuum of care for behavioral health. Before joining our team in 2015, Scott served as executive director of the Western Montana Mental Health Center and the director of a Program of Assertive Community Treatment in Phoenix, Arizona. Scott was born and raised in Miles City, Montana. He received his undergraduate degree from Rocky Mountain College and his graduate degree in social work from Arizona State University. Scott serves on the board of directors for HRDC-Bozeman and the pastoral council for the Resurrection University Parish. Scott and his family live in Bozeman, where they actively enjoy all that Montana has to offer with an occasional trip to the beach. 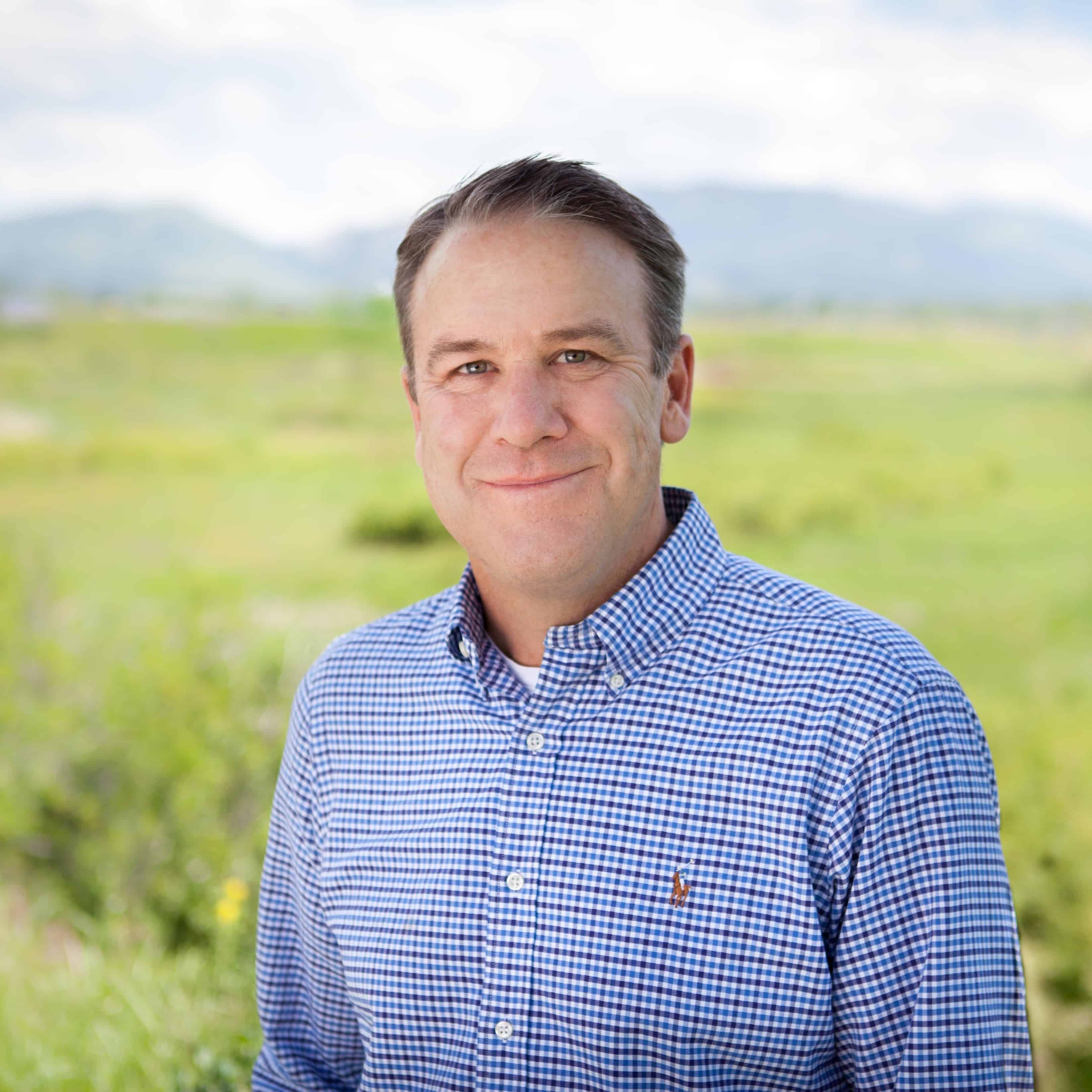 Ted Madden leads the Foundation’s investments, financials, and operations. He also manages the Partnerships for Better Health focus area. Ted brings 20 years of nonprofit foundation and health care administrative experience to his position at the Foundation. He served as the executive director at the Park County Community Foundation, the founding chief financial officer of Community Health Partners, and assistant to the treasurer and subsidized housing director at the Wilder Foundation in St. Paul Minnesota. Ted received his bachelor’s degree in accounting and master’s in business administration from the University of Minnesota. He currently serves as the chairman of the board of the Livingston School District and serves on the board of a private foundation in St. Paul, Minnesota. He lives in Livingston with his wife and three children.

Tressie White directs all our American Indian health programming with calm leadership and tireless dedication to improving health and reducing disparities for American Indian people in Montana. Tressie and her team provide funding, programming support, strategic guidance, and technical assistance for all of our grantees participating in the American Indian Health focus area and initiatives and the Meadowlark Initiative. Before joining our team in 2017, Tressie served as executive director of the Helena Indian Alliance, and the director of the Wakina Sky Multicultural After School Program. Tressie is an enrolled member of the Turtle Mountain Band of Chippewa Indians and a descendant of the Rocky Boy Chippewa Cree Tribe. She currently lives in Helena and enjoys spending time with her three children.